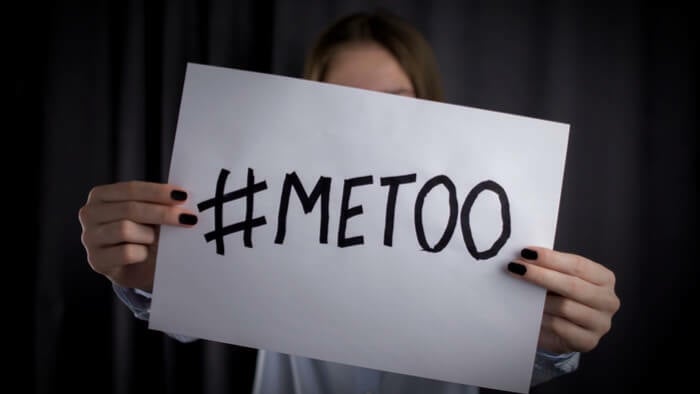 On June 21, 2022, a California civil jury found actor Bill Cosby liable for sexually assaulting a teenager at the Playboy Mansion in 1975. The jury awarded the victim, 64-year-old Judy Huth, the sum of $500,000 in damages. The abuse occurred when Huth was 16 years old.

The jury's decision in the Huth matter comes nearly one year after Cosby's Pennsylvania criminal conviction for sexual assault was thrown out. The case is also one of many civil claims filed against the former "America's Dad," many of which have been settled by Cosby's insurers.

The Huth matter brings the issue of childhood sexual abuse back into the spotlight. Over the last few years, scores of men and women have come forward to tell stories of egregious sexual abuse and assault. The Time's Up and the MeToo movements have helped individuals find the strength to bring these traumatic experiences to light.

The Statute of Limitations Problem in Sex Abuse Cases

In past years in California, however, many survivors of sexual abuse who found the courage to come forward often discovered they had literally "run out the clock" due to the statute of limitations expiring on their civil claims. Statutes of limitations are laws that set the deadline parties must meet to initiate legal proceedings. Civil matters and most criminal matters are subject to statutes of limitations. Missing this deadline, even by one day, dooms a legal case, even if the legal case has merit. Proponents of these statutes argue that, for practical reasons, it is most equitable to limit the initiation of legal proceedings to a reasonable period after the event because as time goes on, important evidence may be lost, and the memories of witnesses can grow foggy and unreliable. Thus, legal proceedings brought under these circumstances may not be fair to all parties.

Unfortunately, the rigid application of statutes of limitations proved to be fundamentally unfair to sexual abuse survivors. Those who experience sexual abuse often suffer from a form of PTSD similar to soldiers who fight in war. These individuals often repress the memories of their abuse for many years. Even those who do not suffer from repressed memories often find it difficult to come forward and initiate legal proceedings. Initiating a lawsuit is a daunting proposition for anyone. However, the social pressures and stigma associated with sexual abuse still keep many in the shadows.

In 2019, California took concrete steps toward addressing the problem of statutes of limitations by expanding the time for bringing childhood sexual abuse actions in civil court. Under California's current system, the deadline for bringing a civil action based on sexual abuse or assault depends on whether the abuse was committed against an adult, or whether it was committed against a child.

For sexual abuse or assault committed against someone who is already an adult when the abuse occurred, the statute of limitations is set forth in Code of Civil Procedure section 340.16, which became effective in January 2019. Section 340.16 provides, in part, that a civil action for damages suffered as a result of sexual assault occurring against someone on or after their 18th birthday must be brought:

(1) within 10 years from the date of the last act, attempted act, or assault with the intent to commit an act, of sexual assault by the defendant against the plaintiff, or

(2) within three years from the date the plaintiff discovers or reasonably should have discovered that an injury or illness resulted from an act, attempted act, or assault with the intent to commit an act, of sexual assault by the defendant against the plaintiff, whichever date is later.

On October 13, 2019, Governor Newsom signed into law Assembly Bill 218, the "California Child Victims Act." The new law took effect on January 1, 2020 and significantly expanded the legal rights of survivors of childhood sexual assault. AB 218 amended Sections 340.1 and 1002 of the California Code of Civil Procedure and Section 905 of the Government Code. This legislation made four, much-needed changes to existing law in California:

(1) Expanded the Statute of Limitations: As a result of AB 218, the time for victims to file civil lawsuits against abusers and/or entities which failed to prevent the abuse can be brought until the age of 40, or within 5 years of the victim's discovery of the abuse and/or damages associated with the abuse, whichever is later.

(2) Revival Window: AB 218 also created a revival window period during which adult victims who were abused as children can file civil sexual abuse lawsuits even if they were previously barred by the statute of limitations. The revival period ends on December 31, 2022.

(3) Exemption from California's Tort Claims Act: In California, most lawsuits against public entities are subject to a pre-lawsuit claims procedure as part of the Tort Claims Act. Claims against public entities typically must be made within six months of the incident, or a lawsuit against the public entity is barred. AB 218 carved out an exception to this requirement for claims based on childhood sexual abuse or assault. This is a significant improvement to California law, which allows child sex abuse survivors to also hold government agencies accountable for failing to prevent the abuse.

As a result of AB 218, a growing number of survivors are coming forward with litigation against their abusers, as well as against the organizations and institutions that ignored, facilitated, or covered up this abuse. Lawsuits have been filed not only against individual abusers but also against organizations like schools, government agencies, the Boy Scouts of America, and the Catholic Church. Many sports teams and associations are also being sued under the new law, including the U.S. Equestrian Federation, USA Swimming, the NCAA, and the U.S. Figure Skating Association.

If you are a survivor of childhood sexual abuse or assault, even if it took place years or even decades ago, you may still be able to file a lawsuit and pursue compensation. However, despite the expanded period to bring a lawsuit, you should not delay seeking legal advice and taking action. It takes time to build a sex abuse case, and the revival window period created by AB 218 ends this year! Further delay can also damage your chances for success because memories do fade, witnesses relocate or disappear, and physical evidence is often lost.

If you believe you have a claim for childhood sexual abuse or assault, contact our offices today for a free consultation with an attorney. We stand ready to help you seek the justice you deserve.

Mr. Young began representing seriously injured persons in 1997. Since that time, Mr. Young has worked on behalf of both plaintiffs and defendants, so he has experience working with the "other side," which he feels gives him a unique perspective on how to best represent injured person. Over his...